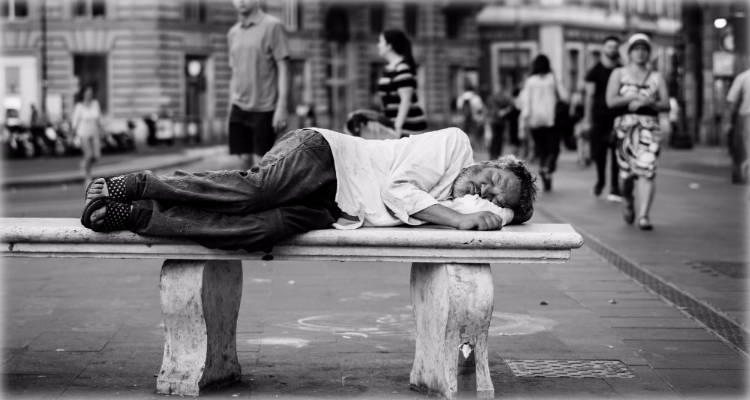 In the First Reading for today’s Mass[5551] we meet the Prophet Amos on his return from the desert of Samaria. He finds the leaders of the chosen people wholly given over to the pleasures of the world. Lying on ivory beds and sprawling on their divans, they dine on lambs from the flock, and stall-fattened veal ... They drink wine by the bowlful, and use the finest oil for anointing themselves, but about the ruin of Joseph they do not care at all. Amos then declares what is to be their destiny: That is why they will be the first to be exiled. This prophecy was fulfilled a few years afterwards.

Today’s liturgy warns us that an excessive concern for comfort and the things of this world will inevitably lead to a neglect of God and neighbor. The Gospel records Christ’s parable about a man who fell into this very trap.[5552] Instead of winning Heaventhrough the use of his wealth, he lost it forever. The story concerns a rich man who used to dress in purple and fine linen and feast magnificently everyday. Meanwhile, at his door there was a poor man called Lazarus, covered with sores, who longed to fill himself with the scraps that fell from the rich man’s table.

The Lord contrasts two extreme conditions in this parable: vast wealth in one case, tremendous need in the other. Jesus says nothing about the rich man’s possessions themselves. He puts his entire emphasis on how they have been used, mentioning only expensive clothes and sumptuous daily banquets. Lazarus was not even given the left-overs.

The rich man did nothing wrong as he amassed his fortune. He was not responsible for the wretched poverty of Lazarus, at least not in any direct way. He did not take advantage of the situation to exploit Lazarus. Nevertheless, the rich man had a definite lifestyle. It might be summed up with the words he feasted magnificently. He lived for himself as if God did not exist. He had completely forgotten the fact that we are not owners of what we have, but only administrators.

The rich man had a good time to himself. He was not against God, nor did he oppress his impoverished neighbor. He was simply blind to the existence of the needy person on his doorstep. He lived for himself and spared himself no expense. What was his sin? He did not see Lazarus. He could have cared for Lazarus if he had not been so selfish. He did not use his wealth in a way that was in conformity with God’s desires. He did not know how to share. St Augustine comments: Lazarus was received into Heaven because of his humility and not because of his poverty. Wealth itself was not what kept the rich man from eternal bliss. His punishment was for selfishness and disloyalty.[5553]

Selfishness can be manifested in an insatiable desire to possess more and more material goods. It can make people blind to the needs of their neighbours. Selfish people come to treat others as if they were objects without value. Let us remember today that we all have needy people living alongside of us – people like Lazarus. We cannot forget to administer what we have with generosity. In addition to the sharing of material goods, we should also be sowers of understanding, sympathy, friendship ...

We should read the Gospel with a longing to know God so as to love him.