Cart 0
In Conversation With God Weekly Reflection
34th Week of Ordinary Time: The Reign of Christ 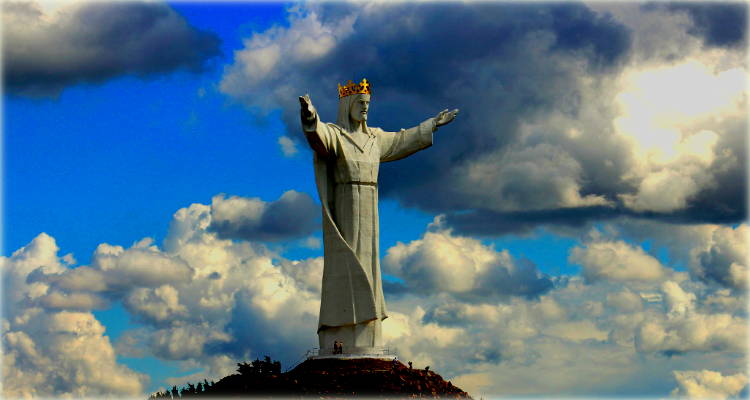 The Lord will reign for ever and will give his people the gift of peace.[6627] These are the words of today’s Communion Antiphon.

The Solemnity of Christ the King is as it were a synthesis of the entire salvific mystery.[6628] This feast brings the liturgical year to a close. Over the past months we have celebrated the mysteries of the life of the Lord. Now we contemplate Christ in his glorified state as King of all Creation and of our souls. The feasts of the Epiphany, Easter and the Ascension also relate to Christ as King and Lord of the Universe, but the Church has wanted to have this feast as a special remembrance to modern man, who seems somewhat indifferent to his supernatural destiny.[6629]

The texts for today’s Mass emphasize the love of Christ the King. He did not come to establish his kingdom by force. His ‘weapons’ are goodness and a shepherd’s solicitude: I myself will search for my sheep, and will seek them out. As a shepherd seeks out his flock when some of his sheep have been scattered abroad, so will I seek out my sheep; and I will rescue them from all places where they have been scattered on a day of clouds and thick darkness.[6630] The Lord tends to his lost sheep, to those men and women who have gone astray through sin. He takes care to heal their wounds. He goes so far as to die for his sheep. As King, He came to reveal God’s love, to be the Mediator of the new Covenant, the Redeemer of mankind. The kingdom which Jesus initiated works in its interior dynamism as ‘leaven’ and a ‘sign of salvation’ to build a more just, more fraternal world, one with more solidarity, inspired by the evangelic values of hope and of the future happiness to which all are called. Therefore, the Preface of today’s Eucharistic celebration speaks of Jesus who has offered to the Father ‘a kingdom of truth and life, of holiness and grace, of justice, love and peace’.[6631] This is what the Kingdom of Christ is all about. Each one of us is called to participate in this kingdom and expand it through our apostolate. The Lord should be present in our families, among our friends, neighbours and colleagues at work ... Against those who reduce religion to a set of negative statements, or are happy to settle for a watered-down Catholicism; against those who wish to see the Lord with his face against the wall, or to put him in a corner of their souls, we have to affirm, with our words and with our deeds, that we aspire to make Christ the King reign indeed over all hearts, theirs included.[6632]