Cart 0
In Conversation With God Weekly Reflection
2nd Week of Ordinary Time: The Lamb of God 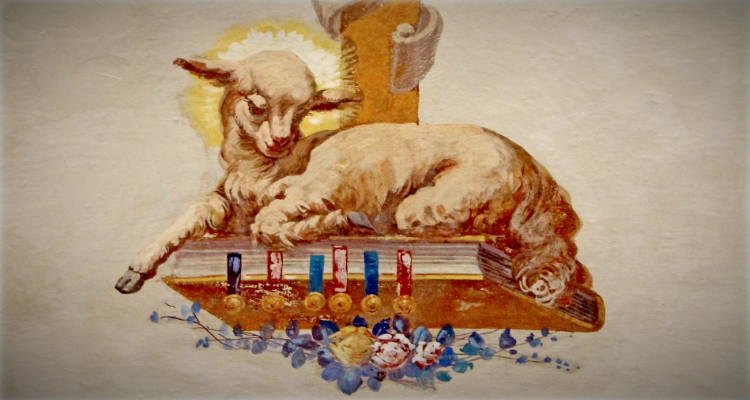 3/7.1 The figure and reality of this title with which John the Baptist designates Jesus at the beginning of his public life.

We have contemplated Jesus born in Bethlehem and adored by the Shepherds and the Magi, but this past Sunday’s Gospel leads us, once again, to the banks of the River Jordan, where thirty years after that birth, John the Baptist is preparing men for his coming. And when the Baptist sees Jesus coming towards him he says ‘Behold, the Lamb of God, who takes away the sin of the world’ (John 1:29) ... We have got used to the words ‘Lamb of God’, but nevertheless they are still wonderful, mysterious words; powerful words.[2447] What overtones these words would have had for their hearers, who knew the meaning of the paschal lamb, its blood shed on the night the Jews were freed from slavery in Egypt! Furthermore, all the Israelites were familiar with the words of Isaiah, who had compared the sufferings of the Servant of Yahweh, the Messiah, with the sacrifice of a lamb.[2448] The Paschal Lamb which was sacrificed in the Temple each year recalled both their liberation and the covenant that God had made with his people. All of this was a promise and a prefiguring of the true Lamb, Christ, the Victim in the sacrifice of Calvary on behalf of all mankind. He is the true Lamb who has taken away the sins of the world; by dying he has destroyed our death, and by rising restored our life.[2449] For his part, Saint Paul would say to the first Christians at Corinth that Christ, our paschal lamb has been sacrificed[2450] and he invites them to a new life; a holy life.

This expression, Lamb of God, has been widely meditated and commented on by theologians and spiritual writers. It is a title ... rich in theological content. It is one of those resources of human language that attempts to express a plurivalent and divine reality. But it would be nearer the truth to say that it is one of those expressions coined by God, in order to reveal something very important about himself.[2451]

Behold, the Lamb of God, who takes away the sin of the world announces Saint John the Baptist: and sin of the world means all types of sin: original sin, which through Adam, also passed to his descendents, and the personal sins of men and women throughout the ages. Our hope of salvation is in Jesus. He is himself a strong call to hope, because Christ has come to forgive and to cure the wounds of sin. Each day, before they administer Holy Communion to the faithful, the priests pronounce these words of John as they show Jesus to the people. This is the Lamb of God ... The prophecy of Isaiah was fulfilled on Calvary, and again comes to pass in each and every Mass, as we recall today in the prayer over the offerings for whenever the memorial of this sacrifice is celebrated, the work of our redemption is accomplished.[2452] The Church wants us to thank Our Lord for giving himself up to death for our salvation, and for having wanted to be the food of our souls.[2453]

From very early times, Christian art has represented Jesus Christ, God and Man, as the Paschal Lamb. Borrowing sometimes from The Book of Life, iconography seeks to recall what our faith teaches us; it is He who takes away the sin of the world. It is He who was sacrificed and who possesses all the power and the glory. Before him the twenty-four elders bow down in adoration – according to the Vision of the Apocalypse[2454] – He presides over the great marriage supper; he receives the Bride; he purifies the blessed with his blood ... and he is the only one who can open the book of the seven seals; the Beginning and the End, the Alpha and the Omega, the Redeemer filled with gentleness and the all-powerful Judge who is to come to recompense each one according to his works.[2455]

Jesus has come to bring forgiveness. He is the Redeemer, the Reconciler. He does not forgive just once, neither does he forgive mankind in the abstract, or as a whole. He forgives each one of us as often as, repentant, we draw close to him ... He forgives us and He gives us a new birth; He opens the gates of grace to us once again so that we can – filled with hope – continue on our way.[2456] Let us thank God for the many times he has forgiven us. Let us ask that we may never fail to approach that source of divine mercy, which is Confession.