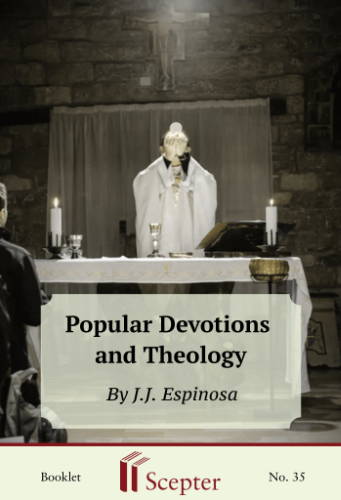 It would not be fair to say that theologians in general pay much attention to the popular devotions of the faithful. Yet these popular devotions in recent years have been the subject of much barren erudition and many unintelligible arguments under the cover of modern theology. In fact, many of the articles by Catholic publications nowadays appear distant and unfamiliar to the average reader—not because of any particular depth of thought, but because they are motivated by a destructive spirit of revisionism, eager to strike renovating hammer blows on the faith and morals handed down to us through the centuries. Having abandoned the moderation and linguistic precision of traditional theology, the writers of these articles employ a terminology that is often odd and many times unclear. Add to this the style of a polemicist, and it is not difficult to understand why the reader, far from being edified and encouraged in his faith, is led to feel bewildered and, at times, even cheated. An analysis of the relationship between theology and the life of piety should help uncover the root of the apparent incoherence of certain theological approaches to the traditional devotions of the Christian faithful.