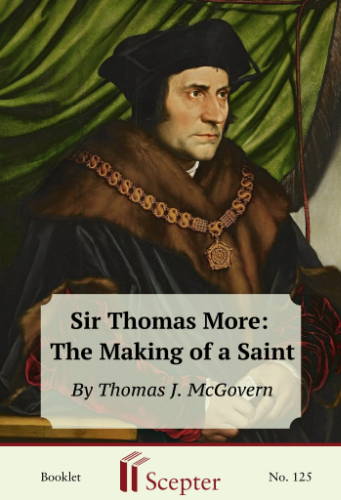 Sir Thomas More: The Making of a Saint

ST. THOMAS MORE is best remembered as the great English statesman, humanist and scholar who refused to submit to Henry VIII and suffered death on the scaffold rather than compromise his belief in the spiritual supremacy of the Pope. It was a unique act of commitment to the Faith at a time when almost the entire English hierarchy, together with "all the best learned men of the realm," succumbed almost without a whimper.
There is, however, another aspect of the life of St. Thomas More which also needs to be considered: it is the story of More's life as husband and father, and as educator of his children. More lived his Christian vocation as a family man with exquisite care and effectiveness, despite the exceptional demands made on his time by professional and state affairs.