Today, my dearest ones, Our Saviour is born. Let us rejoice. It isn’t right to allow sadness any
room when Life is born, taking away the fear of death and, with eternity promised us, filling us
with joy. No one can consider himself excluded from such an invitation, for there is just one cause
of our common joy. Our Lord is the destroyer of sin and death. While no one took away the guilt
of sin, he came to free every one from sin. The saint exults because the reward has been brought
closer. The sinner is cheered because he is invited to forgiveness. The pagan is enlivened because
he is called to life.

When the fullness of time came (cf Gal 4:4), indicated by the inscrutable designs of divine
counsel, the Son of God took on human nature so as to reconcile it with its Author and to vanquish
the introducer of death, the devil, through the very nature which he had conquered (cf Wis 2:24).
This fight, embarked upon for our good, was fought out according to all the best and most noble
rules of fairness. For the all-powerful Lord engaged the impious enemy not in his own majesty but
in our littleness, placing in opposition to him a human nature, mortal like our own, although free
from all sin.

In this birth these words, which apply to everyone else, were not fulfilled: Who can bring a
clean thing out of an unclean? There is not one (Job 14:4). With such a singular birth he felt neither
carnal concupiscence nor was he subject to the law of sin. A virgin, of the royal stock of David,
was chosen, who conceived in her spirit prior to conception in her body. And so that she would not
be shaken by the unusual effects of divine design, she learned through the words of an angel what
the Holy Spirit was to carry out in her. In this way she felt that coming to be the Mother of God
was not a danger to her virginity.

What reason was there for Mary not to believe the singular nature of that conception when it
was promised to her that everything would be done by the power of the Most High? Mary believed.
And her faith is seen to be corroborated by a miracle which had already taken place: the unexpected
fertility of Elizabeth is a testimony that what has been made to happen in a sterile person can also
happen in a virgin.

Thus, the Word, the Son of God, who in the beginning was in God, by whom all things were
created, and without whom nothing could have been made (cf John 1:3) became man to free men
from eternal death. Taking on the lowliness of our condition without reducing his majesty, he was
humiliated in such a way that, remaining what he was and becoming what he was not, he linked the
condition of a slave (cf Phil 2:7) to that which He had as equal to the father, forming such a close
union between the two natures, that the inferior was not absorbed by this glorification, nor was the
superior reduced by the assumption. Conserving the properties of each nature and reuniting them in
a single person, the majesty has been vested with humility; strength with weakness, eternity with
temporality.

To pay the debt due to our condition, the unchanging nature is united to a nature which can
suffer; true God and true man are linked in the unity of one Lord. In this way the one and only
mediator between God and man (cf 1 Tim 2:5) is able to die, as our cure requires, in virtue of one
of the two natures and to rise in virtue of the other. The birth of the Saviour, then, rightly did not
disturb the integral virginity of his Mother. The arrival into the world of one who is Truth, was the
safeguard of her purity.

Such a birth, my dearest ones, was fitting for the strength and wisdom of God, who is Christ (cf
1 Cor 1:24), so that in Him, there was a similarity to us through humanity, and we were given the
advantage of his divinity. If he were not God, he would not be able to offer a remedy. If he were
not man, he would not have been able to give us an example. This is why the angels announced,
singing joyfully: Glory to God in the Highest, and proclaiming: Peace on earth to men of goodwill
(Luke 2:14). They see that the heavenly Jerusalem is being raised up in the midst of the nations of
this world. What joy this ineffable work of divine goodness should cause in the little world of men,
if such joy is caused in the sublime sphere of the angels!

And so, my dearest ones, let us give thanks to God the Father, through his Son in the Holy
Spirit, who through the immense mercy with which he has loved us, has suffered for us. Being dead
through sin, he raised us to life in Christ (cf Eph 2:5) so that we might become a new creature in
Him, a new work of his hands. Let us then leave aside the old man and his activities (cf Col 3:9).
Let those of us who have been allowed to participate in the birth of Christ renounce the works of
flesh.

O Christian, recognize your dignity, for you take part in divine nature (cf 2 Pet 1:4). Do not
return to the old weakness of your depraved life. Recall what kind of Head and what kind of Body
you are a member of. Be aware that having rooted out the power of darkness, you have been moved
to the kingdom and clarity of God (cf Col 1:13). By the sacrament of Baptism you were converted
into a temple of the Holy Spirit. Do not banish such a welcome guest with sinful actions. Do not
offer yourself once again as a slave of the devil, for you have cost the Blood of Christ, who has
redeemed you according to his mercy, and will judge you according to the truth. He, who with the
Father and the Holy Spirit, reigns for ever and ever. Amen. 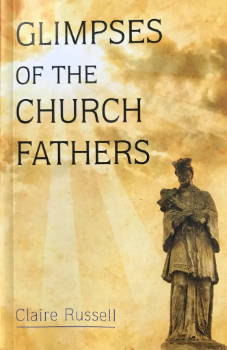 Where This Reflection Came From.

In this Volume you will find... 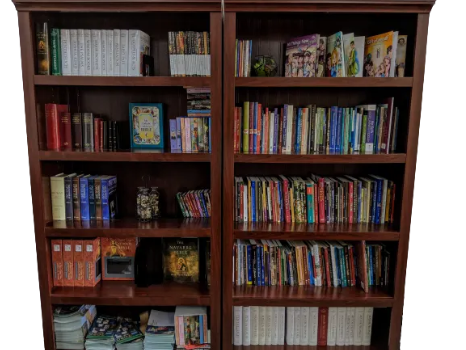